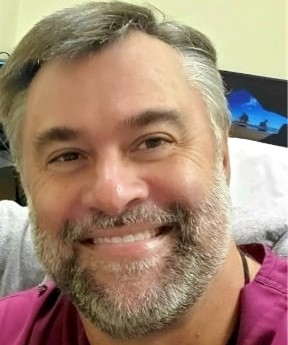 Dr. Roberson is a local hometown dentist, who has been serving the Henderson, NC community for nearly twenty years.
He received his Bachelor of Science Degree from NC State University and his Doctor of Dental Surgery Degree from the University of North Carolina at Chapel Hill. Dr. Roberson grew up as the son of a dentist. His father, Dr. Ted Roberson was a professor at the UNC Dental School for 41 years. As a child, Dr. Roberson would go to work with his father, and he would let him play with the dental materials. Having tubes implanted multiple times in his ears, his dad would use dental impression material to make him custom-fitting earplugs for swimming. This fascinated Dr. Roberson.

After graduating from NC State, Dr. Roberson worked in Research Triangle Park as an inorganic chemist before starting Dental School at UNC. During his next four years at UNC, Dr. Roberson completed summer residencies in oral surgery and pediatric dentistry in Pensacola Florida, and the VA hospital in Asheville, NC. After graduating, he and his wife Allison moved to Henderson, NC where he joined the practice of Dr. Richard Noel. A year later, in 2000, Dr. Roberson opened his own family dental practice in a 100-year-old house on Dabney Drive. Dr. Roberson has recently re-located his practice within the new Mast Corporate Building on Garnett Street in beautiful Downtown Henderson, NC.

Dr. Roberson is a member of the local Gateway Study Club, the North Carolina Dental Society, and the American Dental Association. As a member of the NCDS, Dr. Roberson held several positions in organized dentistry. He has been a Delegate, Reference Committee Chair, and he chaired the Committee on the new Dentist for several years. He was a member of the Board of Directors for the UNC Dental Alumni Association for six years, Vice President of the Fourth District Dental Society, and President of the Local Study Club. In 2008 Dr. Roberson was awarded the Commendation Award at the Annual Session of the NCDS at Myrtle Beach, which is given to one dentist each year in NC under the age of 40 who demonstrates leadership and service to the NCDS. Dr. Roberson has also been very active in the North Carolina Academy of General Dentistry and has worked his way up through the ranks to become president-elect of the state society and will be president in the spring. In 2010 Dr. Roberson was inducted as a Fellow of the prestigious International College of Dentists in Orlando, Florida. Dr. Roberson has also earned Fellowship in the American College of Dentists in October of 2021.
Dr. Roberson helped write the sleep-related breathing disorders resolution for the North Carolina dental society House of Delegates and has been practicing dental sleep medicine for the past 7+ years. Dr. Roberson spent several years attending the three Mastery continuums with the American Academy of Dental Sleep Medicine, and after completion, he passed the board exam and has become a Diplomate with the American Board of Dental Sleep Medicine. 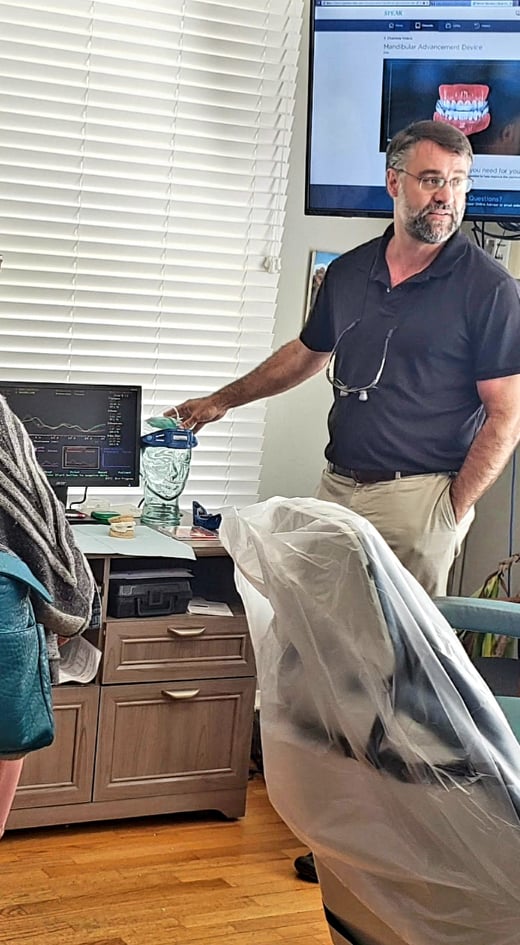