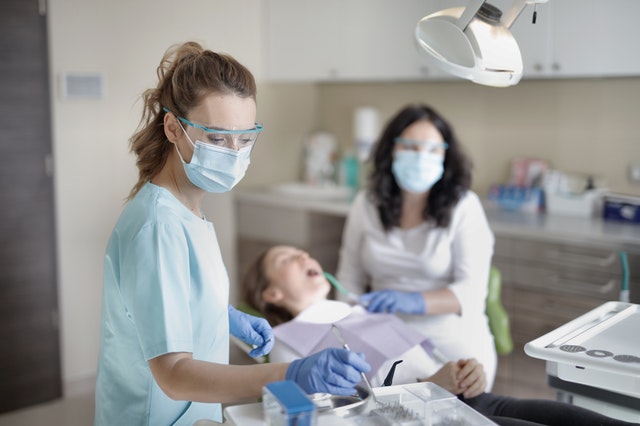 The ADA says dentists should be screening their patients for sleep apnea and should be the professionals who make oral appliances.

In October 2017, the American Dental Association (ADA) adopted a policy on dentistry’s role in treating sleep-breathing disorders including obstructive sleep apnea (OSA). It emphasizes that all dentists should screen for sleep-breathing disorders and that dentists should be the professionals who fabricate oral appliances (with a physician’s prescription).

Sleep-breathing disorders are “recognized as potentially serious medical conditions caused by anatomical airway collapse and altered respiratory control mechanisms,” the ADA said in a written statement to Sleep Review. “As experts in the oral cavity, dentists are able to question patients about pertinent symptoms during routine dental evaluations, and refer patients to physicians for diagnosis. The policy was adopted to address dentistry’s growing role in the multidisciplinary care of patients with [sleep-breathing disorders].”

In a news release from October, the ADA lists key takeaways that describe the role dentists should play:

Another point made in the policy is dentists treating sleep-related breathing disorders should stay up-to-date on the disorders and training in dental sleep medicine with continuing education. When asked what education the ADA will be providing dentists about how to screen for sleep-breathing disorders, the ADA advised that is currently under consideration.

The policy, written by the ADA Council on Dental Practice, is a result of an evidence brief on the use of oral appliances for sleep-breathing disorders, which was developed by the ADA Council on Scientific Affairs. The ADA’s governing body, the House of Delegates, reviewed and made comments for the policy, which were incorporated into the final draft before the association finally adopted it this past fall.

The evidence brief that inspired the policy shows there is a large portion of people who could have undiagnosed sleep-breathing disorders that could potentially be identified and treated by dentists who abide by these policy guidelines. It states that the prevalence of OSA is “estimated to be 3% to 7% in men and 2% to 5% in women. Prevalence is higher (greater than 50%) in patients with cardiac or metabolic disorders, relative to the general population.”

The ADA does not yet have data on any recent increase in sleep-disordered breathing screenings at dental offices or how quickly the policy is being rolled out.

Posted by Dillon Stickle, an associate editor for Sleep Review.