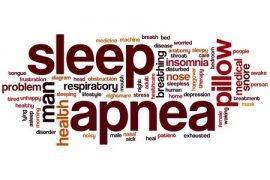 According to a recent article posted by News Medical, a report reveals staggering cost of undiagnosed obstructive sleep apnea in the U.S. The American Academy of Sleep Medicine (AASM) released a new analysis, titled “Hidden health crisis costing America billions,” that reveals the staggering cost of undiagnosed obstructive sleep apnea. A companion report was also released , titled “In an age of constant activity, the solution to improving the nation’s health may lie in helping it sleep better,” which summarizes the results of an online survey completed by patients currently being treated for obstructive sleep apnea (OSA). Both reports were commissioned by the AASM and prepared by the global research and consulting firm Frost & Sullivan.

OSA is a chronic disease that is rising in prevalence in the U.S. Frost & Sullivan estimates that OSA afflicts 29.4 million American men and women, which represents 12 percent of the U.S. adult population. They also calculated that diagnosing and treating every patient in the U.S. who has sleep apnea would produce an annual economic savings of $100.1 billion.

Treating sleep apnea improves productivity and safety while reducing health care utilization, notes AASM Immediate Past President Dr. Nathaniel Watson. His editorial about the report is published in the August issue of the Journal of Clinical Sleep Medicine.

To learn more about the Sleep Group Solutions protocol, which bring physicians and dentists together to screen and treat Obstructive Sleep Apnea, check out their live 2-day lectures. Explore dental continuing education with SGS.